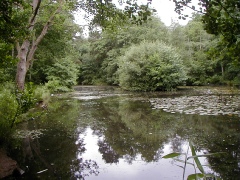 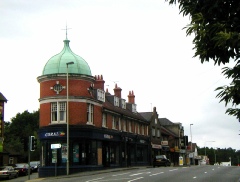 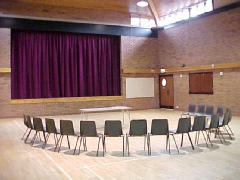 Whitehill and Bordon - A Brief History

Whitehill & Bordon is situated close to the Eastern boundary of the County of Hampshire in Southern England. The Town lies approximately halfway between Portsmouth and London. The A325 Petersfield to Farnham Road runs through the town, linking the M3 to the North and the A3M to the South.

Sometime after 1826, a turnpike road was cut through the forest to link the growing towns of Farnham and Petersfield. This was followed some 30 years later by another turnpike road linking Liphook and the parish of Greatham. Travellers would pay to travel on these roads and as often happens a 'stopping post' grew in this area. This 'stopping post’ became the settlement known as Whitehill.

Whitehill and Bordon continued to grow throughout the years. Bordon's importance as a military area began in 1863 when the War Office purchased 1,600 acres for training land and since 1901Bordon has maintained a large Military base and presence.

Today, Whitehill & Bordon has a population of around 15,000 and is the second largest town (after Alton) in East Hampshire.  It is clear however, that the provision of services has not kept pace with recent development.

Whitehill & Bordon faces a challenging, but potentially, an exciting future. The MOD presence in the town ended in 2015 when the Garrison moved to Lyneham, Wiltshire. Almost 4,000 homes will be built on the former army land over the next twenty years, with an appropriate investment in job opportunities.

This large-scale expansion means a potential doubling of the population over a twenty-year period. This is seen as a real opportunity for Whitehill & Bordon to become a fully sustainable community that will in turn attract future inward investment